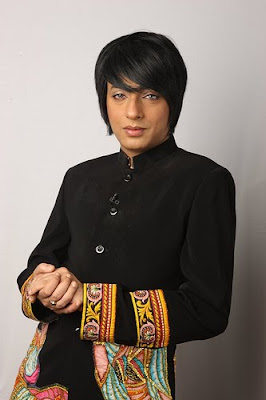 Rohit Verma is a fashion designer from India. Perhaps he has yet to gain some international standing as I could not find him on Wikipedia.

He is one of those interesting personalities who use a lot of lip-gloss, plenty of shiner to highlight their facial features, and try to get noticed among the glamorous models. Claming to be a fashion designer, Rohit Verma entered ‘Bigg Boss’ season 3, but the fashion circuit is in no mood to applaud this ‘one of their clan’s’ entry into reality TV.

There a shocking revelation about the happy and gay contestant of 'Bigg Boss 3'. Rohit Verma has been telling people in the house that he is a fashion designer. In fact, he was introduced into the house tagged as a designer. But, the truth is that he isn’t a designer!

Who Claim About Rohit?

Sunil Sethi, president FDCI is reported to have said, “I personally don’t know Rohit Varma but I have met him at Dubai Fashion Week and I saw his role more as a fashion choreographer than a fashion designer and definitely he is not in the Delhi fashion circuit.” Even a Designers Charu Parashar said, “He claims to be a designer, but isn’t one for sure.”

He studied in Bishop Johnson School and College - Allahabad, Uttar Pradesh.In his school days he is so interested fashion designing that he would be sitting at the back sketching amazing stuff and designing great clothes for his sisters boutique.

These video reveals that he has some links in fashion designing.

Although its up to rohit verma what the reality is? i still confused whether he is a designer or not.Hey What do you think?? tell me..